Lewisham: A place to aspire to stay in 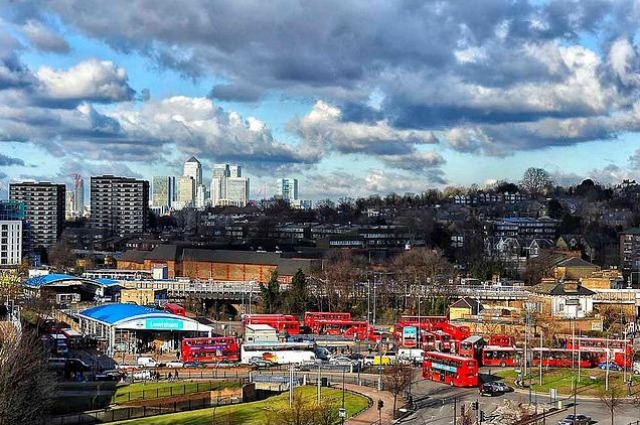 Lewisham: A place to aspire to stay in

There’s so much to see and aspire to stay, live and work in the Borough of Lewisham, located in south London. So we’ve put together a list of five things to stay here a little longer:

A group of 13 half-timbered box homes in a cul de sac, which was built by pioneering architect Walter Seagal. His self-build project sparked a new approach in the UK to affordable homes and helped the local council to shorten the waiting list in a novel way. He has influenced a host of architects and designers who put the community at the heart of a build. Although he died in 1985, his vision lives on.

This is one of the last remaining 1950’s style ballrooms left in the capital. Designed by Henley Attwater with a simple barrel-vaulted auditorium it first opened in 1913 as a cinema with the final screening in the late 1950s. The building found new life as a ballroom and was Grade II listed in 2007.

The interior and exterior fittings have remained the same, creating an authentic 1950’s and 1960’s vintage look, and has been used as a TV and film location for huge productions ranging from BBC’s Strictly Come Dancing to The Avengers, the movie. Elton John, The White Stripes and Florence and the Machine have either gigged or had music videos completed here.

For something completely different in Lewisham, why not take in the eye-catching Horniman Museum in Forest Hill. Frederick John Horniman, a Victorian tea trader and philanthropist, began collecting objects, specimens and artefacts ‘illustrating natural history and the arts and handicrafts of various peoples of the world’ from around 1860.

His overarching mission was to ‘bring the world to Forest Hill’ and educate and enrich the lives of the local community. His travels took him to far-flung destinations such as Egypt, Sri Lanka, Burma, China, Japan, Canada and the United States collecting objects which either appealed to him or interest and inform those who hadn’t the opportunity to visit distant lands.

His collections were utilised in a newly commissioned museum which opened in 1901.

Over in Deptford, the Grade II listed The Stone House sits quietly tucked away behind high garden walls. But the Stone House is a real gem having been built in the late 18th century by George Gibson the younger.

This Palladian eccentricity, which is built of Kentish Ragstone, a limey sandstone, garnered the name the Comical House. It is also purportedly one of the earliest to have stone cladding, and the outer stonework is reputedly from the former London Bridge.

Shared ownership is a Government-backed project which enables you as a first-time buyer to buy a share of a new property. Usually these favour those who have local connections to the area, even on modest incomes.

Property Booking’s team has vast experience working within the affordable home sector and using local knowledge of Lewisham, provide the best solutions for those looking to invest in shared ownership in London.
So if you’re interested in shared ownership schemes in Lewisham and get the chance to savour everything the borough has to offer, then contact them at www.propertybooking.co.uk for more information and shared ownership opportunities.