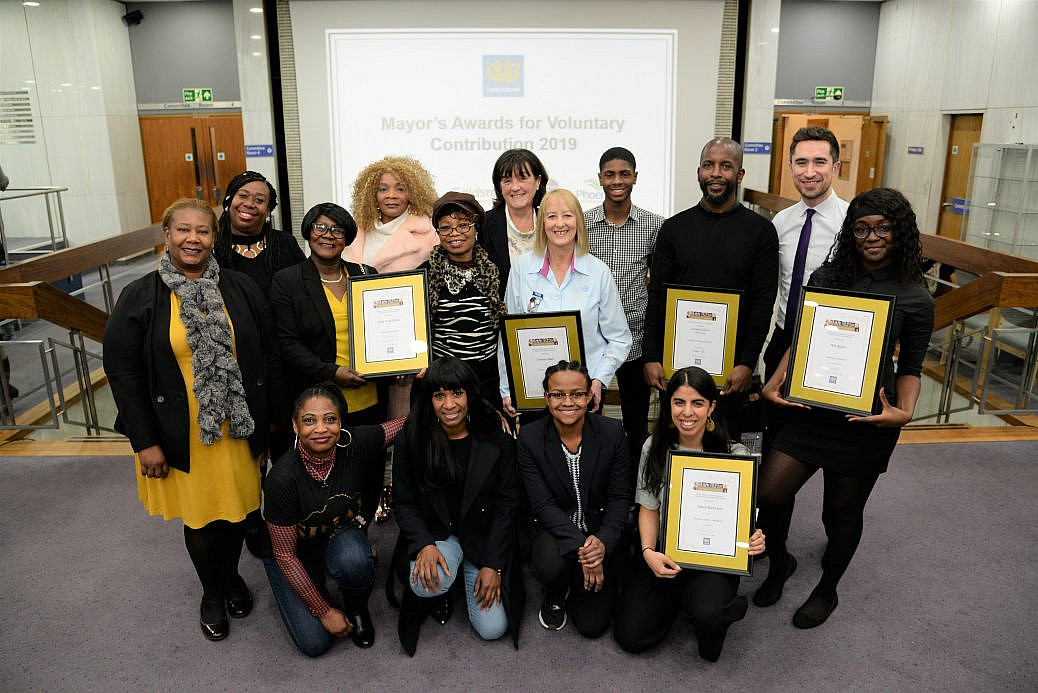 Local heroes were honoured for their voluntary contribution at the annual Mayor of Lewisham Awards held at the Civic Suite on 29 November.

The Mayor’s Awards recognise the valuable work of individuals, community groups, voluntary organisations and businesses which contribute to or support others to volunteer their spare time and skills within the borough.

The shortlists for the four categories were drawn up from nominations made by the public and the category winners were selected by a panel of peers comprised from Lewisham Local collaborative, Councillor Joan Millbank (chair of the Mayor’s Awards) and event sponsors including Goldsmiths University, Lewisham Homes and Phoenix Community Housing.

A special fifth framed certificated was presented to Andrew La Pierre as a posthumous prize in memory of his late mother Lucreta La Pierre for her outstanding and varied contribution as a volunteer within the borough.

A further 63 individuals and organisations were honoured for their voluntary work and received certificates.

Damien Egan, Mayor of Lewisham, said: “These awards allow us to celebrate all the amazing people who make Lewisham such a great place to live. There are so many individuals who go above and beyond in their communities and it’s nice to give them the recognition they deserve.

“Both the nominees and the winners of these awards make our borough stronger and make us all proud to live here.”

More information about the scheme can be found at www.lewisham.gov.uk/mayorsaward.