Representatives from Lewisham’s voluntary and community sector and Lewisham Council came together on 30 November for the annual Mayor’s Award for volunteering ceremony.

The Mayor’s Awards recognise the valuable work of individuals, community projects and businesses who contribute to or support others to volunteer their spare time and skills within the borough. The shortlists for the four categories were drawn up from over 100 nominations made by the public and the winners were selected by a panel comprised from Lewisham Local, event sponsors (Goldsmiths University, Lewisham Homes, Phoenix Community Housing) and Councillor Joan Millbank, the chair of the Mayor’s Awards.

Damien Egan, Mayor of Lewisham, said: “These awards are a chance for us to celebrate the inspirational individuals and organisations who have gone above and beyond in their community.

“Lewisham Council has a proud history of working closely with our community, faith and voluntary groups and we will always do so. We call this way of working the ‘Lewisham Way’ and it’s at the heart of our values; a commitment to equality, justice and fairness for all.

“We know the voluntary and community sector is being increasingly called on to support vulnerable people, because of ongoing cuts from central Government. These awards prove that the people of Lewisham are dedicated and generous, and our borough is stronger because of them.”

Ashleigh Maskell volunteers for the Lily Foundation to raise awareness and funds to combat Mitochondrial Disease – a condition to which she lost her mother. Ashleigh herself is a sufferer of this inherited chronic illness but, despite its disabling symptoms, she continues to dedicate much of her time and skills to fundraise for greater research into the disease.

Sue East has been a dedicated supporter of Goldsmiths Community Centre for decades. As a longstanding volunteer she is regularly seen cycling down to the centre straight after work to spend the evening doing finance tasks in her role as honorary treasurer as well as helping with events and generally lending a hand and good humour.

Based in Brockley, Parlez restaurant is a shining example of business involvement with local good causes. By encouraging customer giving, donating food and hosting events, Parlez provides valuable support to a range of local charities helping Lewisham residents in need.

Community group award – The Church of the Good Shepherd with St Peter, Lee

A year ago the Church of the Good Shepherd with St Peter in Lee set up the Helping Hands Foodbank to provide food for refugees and asylum seekers. Today the project continues to distribute food, as well as providing a café, clothing store, children’s play space and a helping hand to individuals and families experiencing destitution. 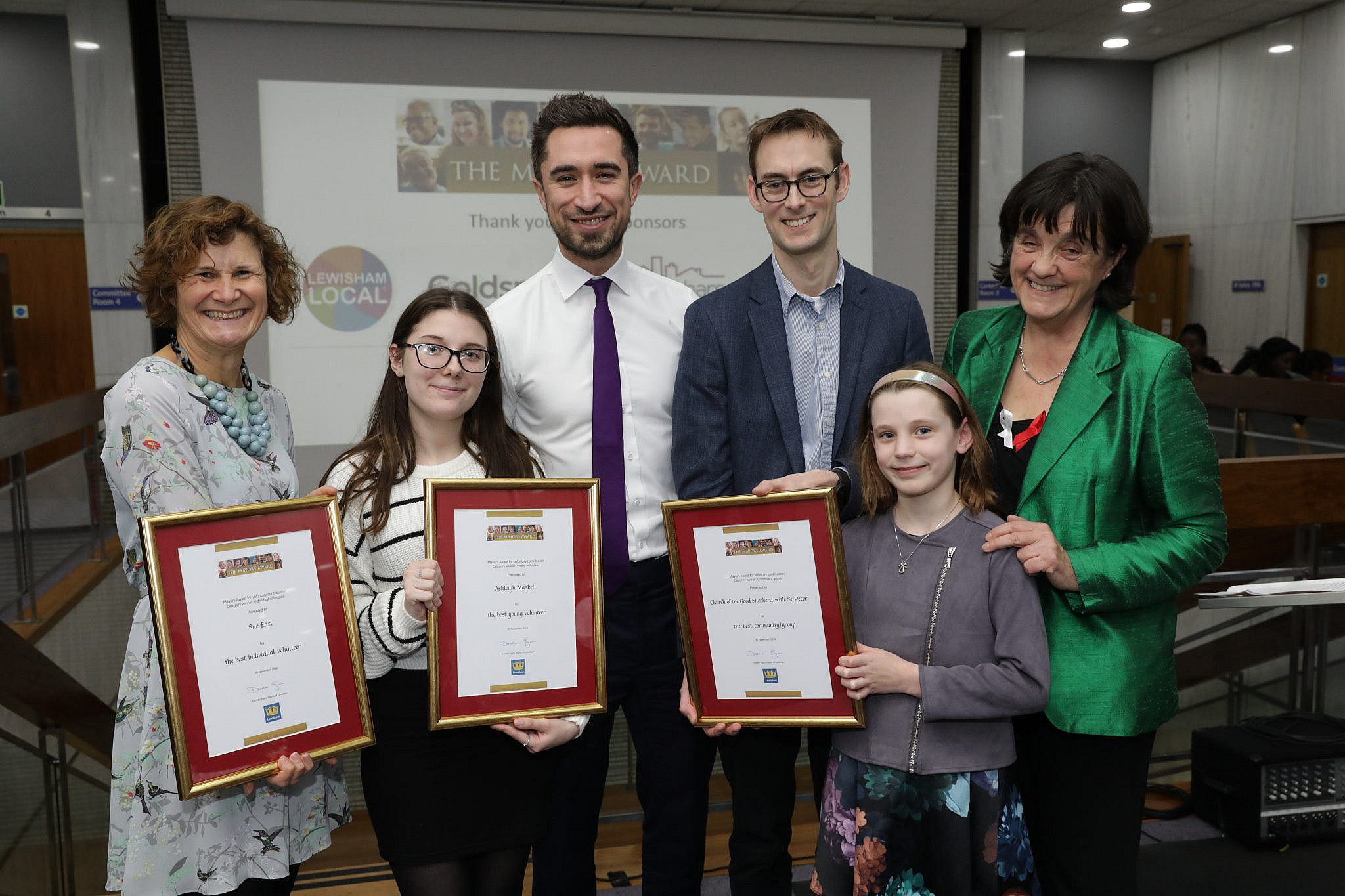