The Fellowship and Star is now open! 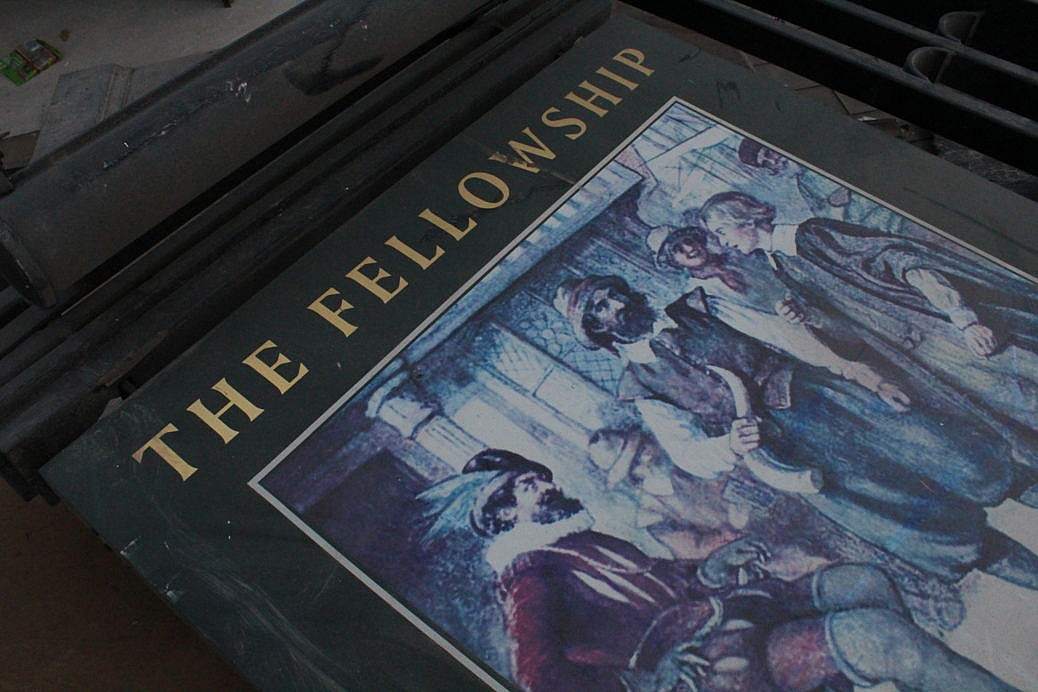 The Fellowship and Star will open its doors this June, bringing the iconic landmark back to life.

The historic pub will feature a cinema, performance space, music hub, cafe and much more.

The Grade II listed building will reopen after an incredible £4 million lottery-funded restoration project that will create a central hub for the community of Bellingham, South London.

The newly renovated pub – The Fellowship and Star

The Electric Star Group is throwing open the doors to their biggest project to date this June after an impressive refurbishment set to restore the magic of the huge Grade II listed venue. The Fellowship and Star will be much more than a drinking space, with the restoration including an exceptional cinema, staging area for live music and performances, and a cafe. The newly restored pub set within the heart of Bellingham’s community opens Friday 14th June 2019. Guests can claim a free drink and sign up for updates here: http://www.fellowshipandstar.co.uk/

Steeped in rich history, the Grade II listed building holds the title as the first pub to open on a London housing estate as part of the ‘Homes for Heroes’ development, post First World War. Offering a space for former soldiers and their families, the pub became a much-loved South London landmark. Much more than just a place to drink, The Fellowship went on to be the famed venue British boxer Henry Cooper trained in before his world-renowned fight against Muhammed Ali and has welcomed bands such as the legendary Fleetwood Mac and John Mayall’s Bluesbreakers to its stage.

Following unfortunate degeneration, downsize, and eventual closure, Phoenix Housing Association were granted £4 million to restore the pub to its former glory – and then some.

With numerous spaces and an enviable lineup of events already confirmed, the pub will ensure all audiences are catered to. Bez of Happy Mondays fame will be taking to the decks on 12th July, This Is England’s very own Thomas Turgoose will entertain guests on 21st June, and Cash, the acclaimed Johnny Cash tribute band, will join the exciting lineup of events on 19th July and the London Astrobeat Orchestra on 26th July.

The Fellowship will be working with local breweries and beverage suppliers such as the independent craft brewery and taproom Brockley Brewery and Ignition Brewery who both celebrate and embrace communal spaces and building strong relationships with customers and local businesses.

The pub will also be serving coffee from the independent and local roasters Volcano Coffee in it’s cafe. There will be pastries, quiches, light bites and alcoholic refreshments available.

With the original cinema back in action with an added premium finish, Spider-Man Far From Home, the latest film in the Spiderman franchise, will become the venues first movie showing on 2nd July before an eclectic lineup of blockbusters and independent films is unveiled.

“I’m really excited to be opening a pub South of the river, I went to Goldsmiths College in the mid 90s and lived in the area for almost 10 years, so it’s great to come back and open what will be our biggest venue to date. The cinema is a really exciting project for me and it will be great to show amazing films alongside a cutting edge programme of events in our beautiful function space.”

“The restoration of the Fellowship is an amazing project that will transform Bellingham, and we’re very excited to be working with Electric Star Group on bringing the pub back as a thriving community venue. It’s going to be a fantastic new resource for the community and we can’t wait for the opening.”